Trump's immigration plan would cost hundreds of billions of dollars 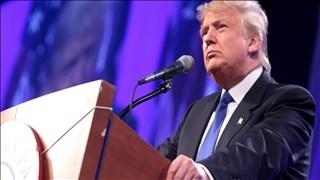 WASHINGTON (CNN) -- Donald Trump is one of a kind. So are some of his policy proposals.

The real-estate-tycoon-turned-presidential-candidate has taken a particularly hard-nosed stance on immigration, which has separated him from the crowded GOP pack and brought him into the spotlight.

After referring to some undocumented Mexican immigrants as "criminals and rapists," Trump has worked to refine his vision for immigration reform in the United States. Trump has stated that the United States should do everything to stop illegal immigration, including building a wall on the southern border -- which he insists Mexico will pay for -- and deporting the entire undocumented immigrant population to then expedite the process of bringing them back into the country legally.

Even though Trump says he's "really good at building things," the policies he has proposed have a price tag.

Cost of the wall

According to a 2009 Government Accountability Office report, the average cost of fencing per mile is around $2.8 million to $3.9 million for the easiest-to-install and least expensive urban fencing.

"You don't necessarily get a lot of bang for your buck," said Tom Wong, an assistant professor of Political Science at University of California, San Diego.

However, according to Marc Rosenblum, the deputy director for the U.S. Immigration Policy Program at the Migration Policy Institute, in more remote and desert areas, "costs go up quite dramatically."

So dramatically that it can cost more than four times the average cost of fencing more populated areas. In one instance, it cost $58 million for three and a half miles in difficult terrain in the San Diego sector, Rosenblum said.

So calculate that cost times the length of the entire southern border, and the total price tag comes out to be around $20 billion. Rosenblum also pointed out that that cost doesn't include maintenance and staffing the wall.

"I think that it's possible, but it would prove to be extraordinarily expensive," Rosenblum said.

Who owns the land?

But even if money was no object in building the wall, Rosenblum said Trump might run into another obstacle when trying to build the wall: private land ownership.

That's because much of the land on the border, particularly in Texas, is privately owned or is considered tribal territory.

And although the Department of Homeland Security has sought to acquire some of this land for an extended period of time, "acquiring land privately held would cost," Rosenblum said.

"Tribal land is another issue that becomes important," Wong added. He added that when sovereign tribal territory is brought into the mix, there are entirely different standards Congress must adhere to in acquiring land.

Effectiveness of a wall

And if there was additional fencing along the entire border, how effective would it actually be?

"We know immigrants can get over and under walls," Rosenblum said.

Rosenblum and Wong explained that a wall would primarily just slow the process of crossing the border, especially in more rural areas where there aren't border control agents who are able to respond quickly. In more urban areas, however, Rosenblum said it might have more success if agents can respond quickly enough to prevent crossing into U.S. territory.

And Rosenblum said it doesn't make much strategic sense unless you're talking about building a wall and staffing all of it.

"It's a very surface level reaction to say 'build a wall along the border,' " Rosenblum said.

A wall along the border could also potentially put diplomatic and economic strains on the relationship between the United States and Mexico. Rosenblum and Wong said the U.S. strongly relies on Mexico for collaborative work at the border.

"It would certainly be a source of tension," Rosenblum said.

He also referenced the symbolism that walls have, specifically citing the Berlin Wall.

Wong, meanwhile, said that a wall would distract from official ports of entry, which he said is a concern for many border town mayors.

Besides building a wall, Trump recently told CNN's Dana Bash that he thinks there should be process that involves deporting all the undocumented immigrants and then expediting the process to bring some back into the country through legal immigration.

The DHS believes there are an estimated 11 million undocumented immigrants in the United States, and according to a study by the Center for American Progress, it would cost around $200 billion to "find and arrest, detain, legally process and transport the undocumented population over a five-year period."

"We would have to trample on individual liberties," Wong said, referring to "military-like operations" in the past that have involved rounding up individuals of a certain decent.

"It's amnesty with a road trip. It doesn't make any sense, and it sort of loses sight of why we have immigration laws in the first place," Federation for American Immigration Reform Media Director Ira Mehlman said.

"That's an expensive and difficult way to manage it," Rosenblum said. "Universal deportation is going to be inefficient."

Sending 'the bad ones' to their own prisons

Trump told Bash that the United States needs to send undocumented immigrant criminals back to where they came from so they can be put in their own prisons.

But according to CNN senior legal analyst Jeffrey Toobin, the individuals who are convicted of a felony are almost always deported.

Wong said that part of the deportation process is the country of origin's willingness to take back the individual in a process called "repatriation agreements." This type of agreement is for local governments to establish procedures to safely bring nationals back into the country of origin. But not all countries are cooperative.

Toobin also debunked Trump's remarks about illegal immigrants taking up space in the United States prisons, saying that convicted criminals are only a tiny fraction of the total population of immigrants.

"The real question is what are you going to do with the millions who are here who are not criminals," Toobin said. "The question of how you get 11 million people out of the country who don't want to leave is quite a task."