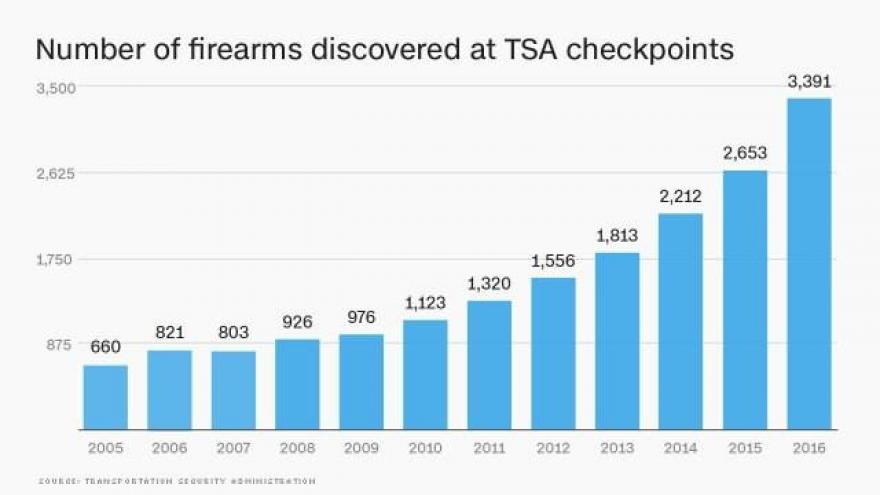 NEW YORK (CNNMoney) -- Airport security screeners confiscated a record number of guns in carry-on bags last year, and most of them were loaded.

The Transportation Security Administration said it discovered 3,391 guns in carry-ons at checkpoints in 2016, a 28% increase from the year before. That works out to about nine every day.

The TSA said 83% of the guns were loaded.

Among the other prohibited items found by the TSA at checkpoints were fake but realistic grenades, cane swords, and knives disguised as combs, belt buckles and lipstick.

In a blog post, the TSA asked passengers to give their luggage a once-over before they bring it to the airport.

"Many people who have brought guns, ammunition, knives and other prohibited items say that they did so unknowingly," the agency wrote.