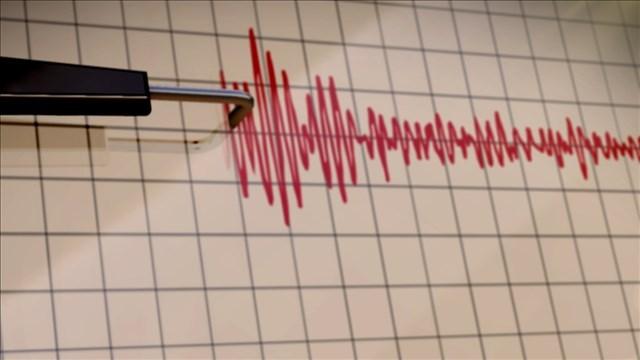 The quake struck in the ocean about 45 kilometers east of Papua New Guinea's New Ireland island, also known as Latangai, at about 8:51 p.m. (5:51 a.m. ET), the US Geological Survey said.

The extent of damage was not immediately known.

Alun Beck, owner of the Treehouse Village Resort on the island of New Ireland, told CNN he didn't feel anything and was setting up fishing boats to go shark fishing when the earthquake hit. He found out about the quake two hours later via social media and had not heard about major damage.

Hazardous tsunamis were initially possible though about midnight local time along some coasts of that country, as well as the Solomon Islands, Pohnpei, Chuuk, Indonesia, Nauru, Kosrae and Vanuatu, the PTWC said.

The 'Ring of Fire'

Papua New Guinea is along the "Ring of Fire," a zone of seismic activity and volcanoes around the edges of the Pacific Ocean. It's a vast area where about 90% of the world's earthquakes occur, according to the USGS.

The ring, which actually is shaped more like a horseshoe, includes more than 400 underwater volcanoes and stretches 25,000 miles from New Zealand, past Japan, across the Bering Strait and down to the tip of South America.

Tremors in this part of the world are fairly common, and earlier this month a magnitude 7.8 earthquake also hit close to the Solomon Islands.

That December 9 earthquake was "one of the biggest and longest I have ever felt," said Tali Hong, who has lived in the capital Honiara his entire life.

However, the largest observed wave from that quake, according to sea level gauges, was only 0.12 meters (5 inches) near Honiara on the island of Guadalcanal, some 200 kilometers (124 miles) northwest of the epicenter.