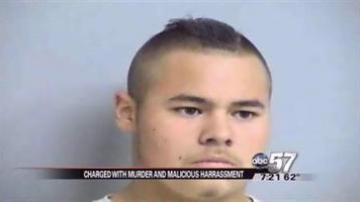 TULSA,Okla.--The two men who confessed to a number of deadly shootings in Tulsa have now been charged.

Jake England and Alvin Watts were charged with three counts of first-degree murder.

The two men also face two counts of shooting with the intent to kill.

The men also face five counts of malicious harassment, which under Oklahoma law is equivalent to a hate crime.