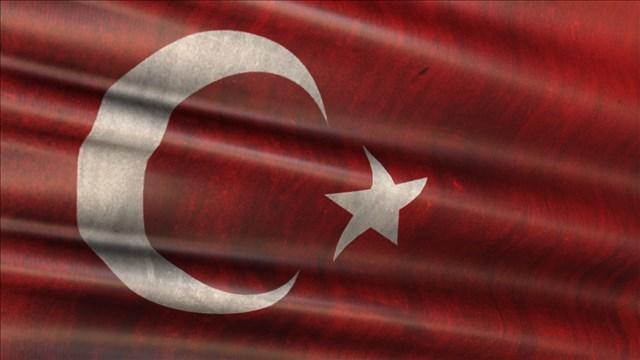 (CNN) -- A car bomb exploded near a public bus in Turkey on Saturday, killing 13 soldiers and wounding 55 people, according to Turkish officials.

Civilians may have also been wounded in the blast, according to the Turkish Armed Forces. Of the injured, six people are in critical condition, said Turkey's Health Minister Recep Akdag.

A vehicle rigged with a bomb exploded next to the bus -- which was transporting off-duty soldiers, Anadolu reported. The blast happened near Erciyes University in the central province of Kayseri, according to a tweet from Anadolu.

Turkey's President Recep Tayyip Erdogan and Prime Minister Binali Yildirim are being briefed on the situation, according to the news agency.

A video showed a decimated bus with smoke rising out of the vehicle.

Immediately after the blast, at least a half dozen ambulances arrived on the scene. Images showed people with head wounds and at least one person being taken away on a stretcher.

The attack came exactly a week after a pair of bombings in Istanbul killed 44 people, including 37 police officers, and injured 155 others. The two explosions last Saturday occurred after a heavily attended soccer game at Besiktas Vodafone Arena.

A Kurdish militant group called the Kurdish Freedom Hawks claimed responsibility for last week's bombings. It stated on its website that the Turkish people were not the target of the attack.

The latest violence follows a wave of deadly bombings that have struck Turkey this year.