Turn your cans into cash at the Kick-Off Concert 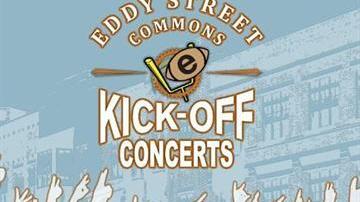 SOUTH BEND, Ind. – The fun will kick off Friday at Eddy Street Commons.

While you are there having a blast you can also help those in need.

There will be specially marked orange barrels on site during the Kick-Off Concert that will turn your beverage cans into cash.

All of the money raised through the recycled cans collected will go directly to The Food Bank of Northern Indiana.

Marijo Martinec, Director of Community Impact at the food bank said, “We stand by orange collection barrels and we encourage people to put their trash in the appropriate places. And then we take the cans over to Gertrude Street Recycling to be recycled and then we receive money based on the number of pounds collected."

The food bank said that it has collected a couple hundred pounds at each Kick-Off Concert so far.

A final total of all the cans collected should be released at the end of the month.

Remember, ABC 57 will be at the concert on Friday, where local favorite King Pao is performing.