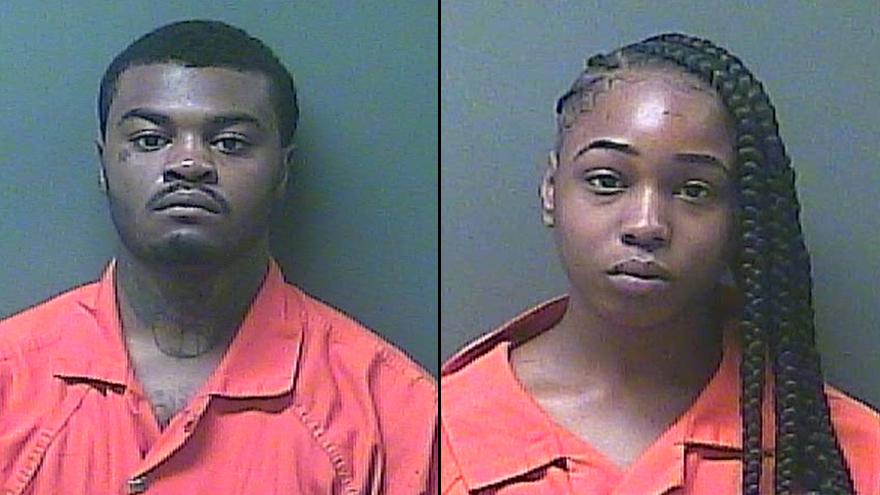 LA PORTE COUNTY, Ind. -- Two people were arrested and a handgun was seized following a traffic stop on US 20 Thursday evening, according to the La Porte County Sheriff's Office.

Just before 10 p.m. a deputy spotted a vehicle driving westbound on US 20 at approximately 100 mph, reports said.

The deputy conducted a traffic stop on the vehicle on US 20 near 350 East.

During the traffic stop, a loaded firearm was located in the vehicle. The driver and the passenger were taken into custody.

The driver, 20-year-old Ankoma Kirk, was taken into custody on preliminary charges of felon in possession of a firearm, obliterating identifying marks on a firearm, reckless driving and operating while never licensed.

The passenger, 20-year-old Ladericka Banks, was taken into custody for a preliminary charge of minor consumption of alcohol. She was released on her own recognizance.