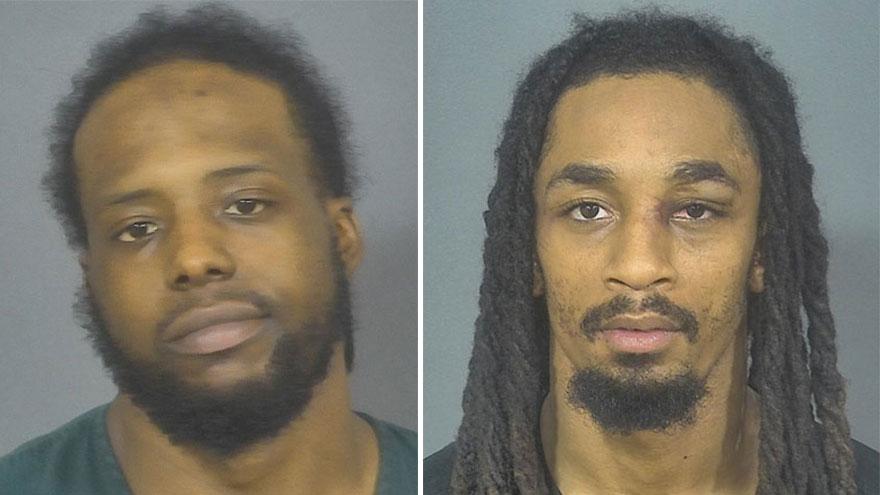 Sean Lott Jr, 25, was arrested on preliminary charges of possession of a handgun without a permit and resisting law enforcement.

Deangelo Jackson, 27, was arrested on preliminary charges of assault with a deadly weapon and possession of marijuana.

Police were dispatched to the 3300 block of N. Portage around 3:40 p.m. to investigate reports of shots fired.

When police arrived, they found Lott running from the scene. He was detained and taken in for questioning, police said.

While on scene investigating, officers were notified a man, Deangelo Jackson, had arrived to the hospital with a gunshot wound to the abdomen, police said.

Jackson was treated and released.

Police said there was a fight inside the store between Lott and Jackson. During a struggle, Jackson was shot in self-defense, police said.