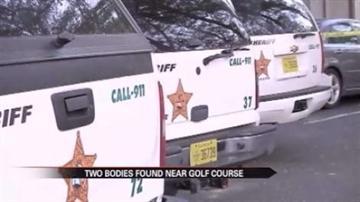 Deputies say the golfers who heard the shots followed the sound and discovered the bodies of two women near an apartment complex.

Now neighbors and other golfers are worried for their safety.

"For it to be a stones throw from my door is pretty scary. This is actually a really nice neighborhood, it's quiet, not a lot of commotion, not a lot of drama," said an apartment resident.

Police do not have any suspects.