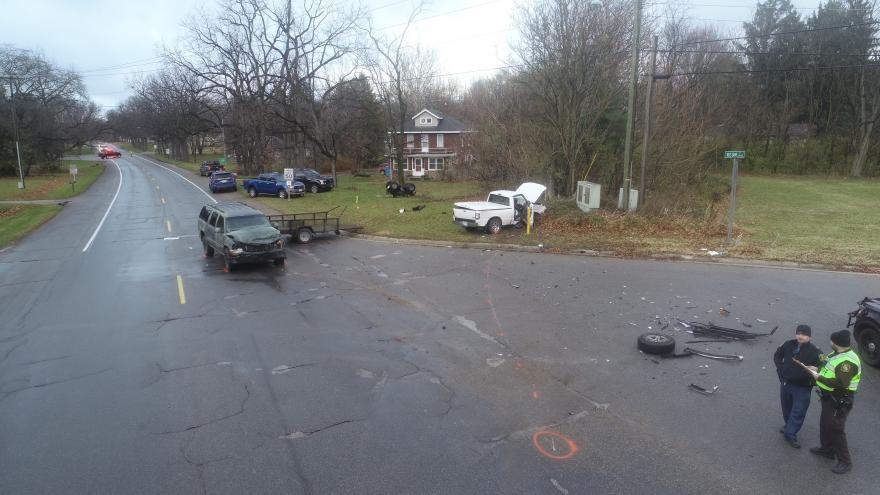 BERRIEN COUNTY, Mich. – Deputies from the Berrien County Sheriff’s Office responded to a call of a crash on Sunday around 3:40 p.m. When they arrived on the scene, they found one of the victims pinned beneath their vehicle.

According to officials, 64-year-old Octavio Quispe of Niles pulled out of the mobile home park and crossed the path of 61-year-old Mathew Borsa from Edwardsburg.

Borsa was driving a Chevrolet Suburban that was pulling a small landscape trailer with an ATV loaded in it.

Quispe was on the ground, pinned beneath the passenger door of his Ford Ranger and was unresponsive.

A Michigan State Police Trooper helped the Deputies lift the truck enough to get Quispe out of danger.

He was taken to South Bend Memories Hospital for serious injuries that no not appear to be life threatening.

Borsa was taken to Lakeland Medical Center where he was treated for minor injuries and released later that day.

Alcohol does not appear to be a factor.