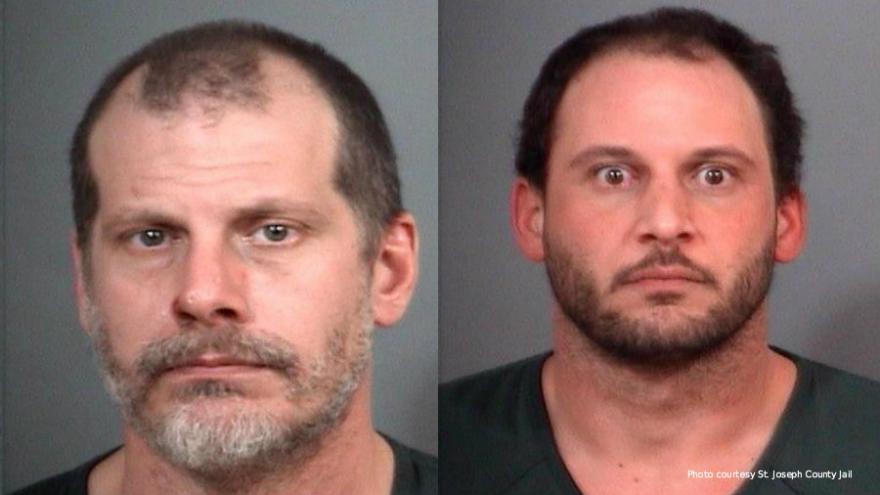 According to Indiana State Police, troopers conducted a traffic stop on a Nissan Altima around 1 a.m. near Pendel Street.

While the trooper was speaking with the driver of the vehicle, 36-year-old Lucas Garrett of North Liberty, the trooper’s K9 partner Nala showed a positive alert which prompted a search of the Nissan.

Troopers say the search uncovered several items of paraphernalia, methadone, and marijuana. The passenger of the vehicle, 42-year-old Thomas Campion of Walkerton, is also accused of having paraphernalia and meth in his possession.

The two were taken to the St. Joseph County Jail where officers allegedly found additional marijuana, oxycodone, and meth.