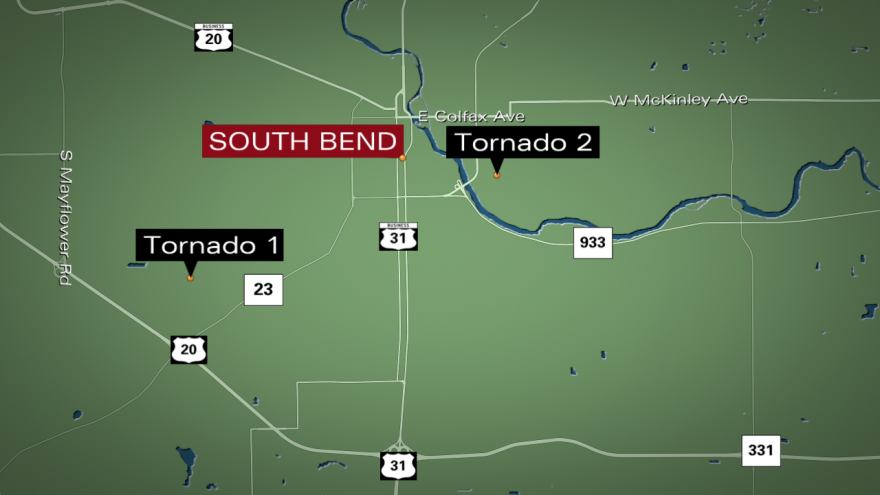 The National Weather Service confirms two weak EF-0 tornadoes touches down in South Bend Wednesday evening. They did not cause all of the damage but were part of a slightly larger microburst wind event.

The first tornado touched down near the ethanol plant, inside they US-20 Bypass, producing a narrow track through corn fields. This tornado was reported by spotters and video evidence.

The worst of the damage in the Sunnymeade area of South Bend can likely be attributed to the second tornado touchdown. This tornado was confirmed by examining the storm damage in the area.

It's important to note not all the damage was attributed to Tornadoes but a microburst, a strong sudden gust of wind from a thunderstorm or burst of rain cooled air. Both touchdowns were only on the ground for less than a half mile, the one at Belmont Avenue was barely touched down at all.