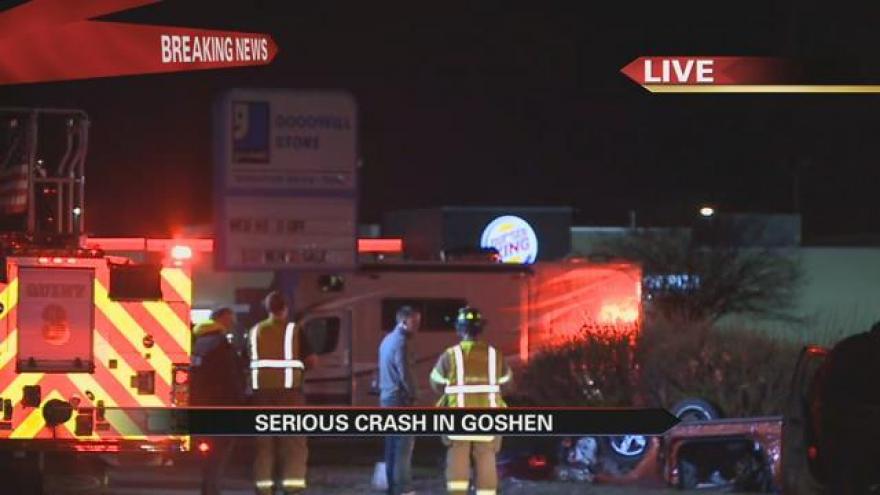 At 9:20 p.m., Goshen Police officers were dispatched to a deadly crash in the 1900 block of Lincolnway East in Goshen.  This is also referred to as U.S. 33.

Police say a small red passenger car struck the rear of a trailer being hauled on Lincolnway East.

The car then flipped onto its roof and slid approximately 600 feet along the highway.

The two people in the car were pronounced dead at the scene.

Police blocked the area off and a med-flight call to the scene was cancelled.

Excessive speed does appear to have been a factor in the crash.

The names of the deceased have not yet been released, but police say additional information will be released on Thursday.