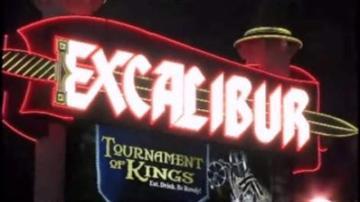 LAS VEGAS -- A gunman and another person are dead after a shooting at a popular strip casino in Las Vegas.

It happened Friday night in the lobby of the Excalibur Hotel.

Police said the man apparently shot a woman near him and then turned the gun on himself.

The gunman was pronounced dead on the scene.

Medics rushed the woman to the hospital were she later died from her injuries.

No word on the motive for the shooting or if the man knew the female victim.