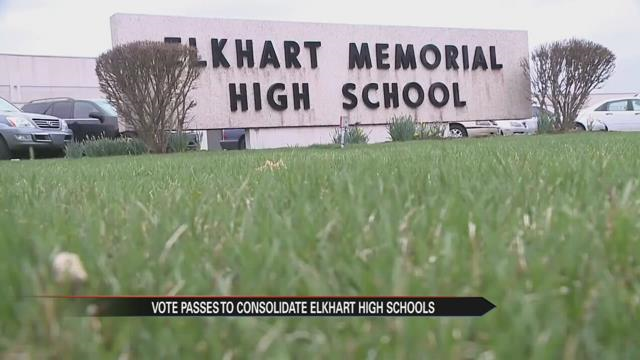 The two high schools in Elkhart are one step closer to becoming one high school.

This is after a vote in favor of the proposal. The Elkhart Community Schools Board of School Trustees voted to approve the reorganization proposal by 6-1 on Tuesday night, according to our reporting partners at The Elkhart Truth.

This is after months of conversations regarding the issue. ABC 57 reported on the issue back in April. In total it is a 33 million dollar proposal that would change three elementary schools, two middle schools, and two high schools in Elkhart.

The goal is to find a better way to structure environments for kindergarten through 12th grade.

Elkhart Memorial High School would become the only high school in the district. It would house 10th-12th graders.

Elkhart Central High School would become a middle school and house 6th-8th graders along with the districts 9th graders.

There is still a lot of work to be done before the merge actually takes place, including funding for expanding EMHS. To read The Elkhart Truth's full report, click here.