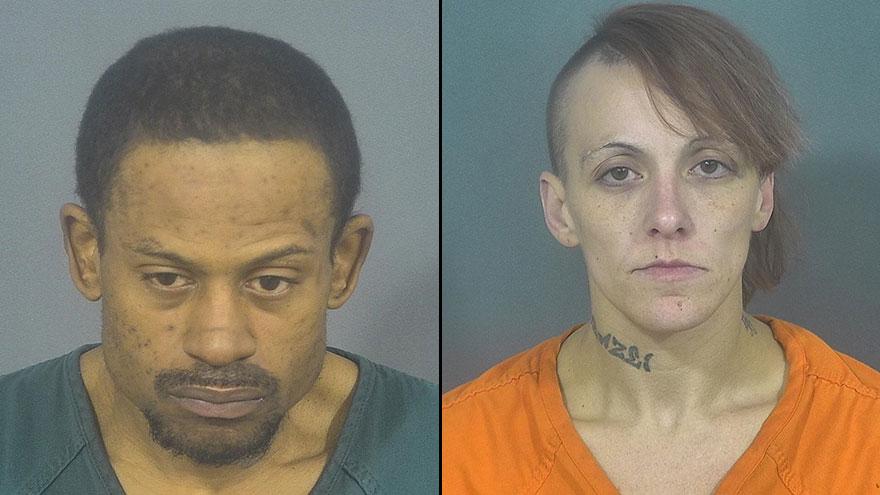 ST. JOSEPH COUNTY, Ind. -- Two people have been charged with stealing a man's SUV after he gave them a ride, according to court records.

On December 31, the victim told South Bend Police he picked up two people near the CB store on Lincolnway west and drove them to Olive and Elwood.

He left his keys in the Honda SUV while he went into the store, reports said.

He told police the two people in his vehicle drove away.

On January 1, a South Bend Police officer spotted the stolen SUV in the area of Bonds and Olive street.

The officer activated his overhead lights to try to stop the vehicle and detain the subjects, later identified as Patrick Guess and Kenzie Heath, according to the probable cause affidavit.

Guess and Heath ran from the vehicle and the officer, reports said.

Other officers responded and Guess and Heath were taken into custody.

Inside the vehicle, officers found a substance that field tested positive for methamphetamine, according to the probable cause affidavit.

While processing Heath at the jail, officers found a substance that field tested positive for cocaine in Heath's bra, reports said.

Guess has been charged with auto theft, possession of methamphetamine and resisting law enforcement.