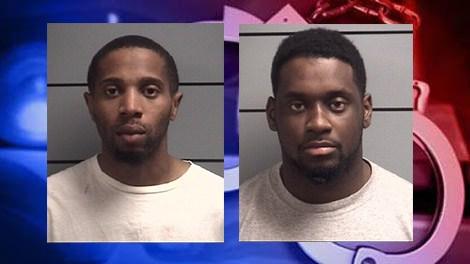 Two Illinois men were arrested after allegedly robbing a cell phone store on Michigan Street in Plymouth while armed with knives.

According to Plymouth Police, they received a 9-1-1 call from an employee of the store at approximately 2:40 p.m. Sunday.

The employee said two men entered the store and ordered him at knifepoint to open the safe.

The men took a large amount of expensive phones from the safe.

The suspects restrained the victim before leaving.

When police arrived to the area, they spotted a white Ford in the area traveling at a high rate of speed.

The vehicle did not stop and was pursued into the south side of South Bend.

After the vehicle was disabled, the two men ran from their vehicle, but were apprehended.
Inside the vehicle, police said they located the cell phones that were taken during the robbery.

The two men were identified as Brandon Terrell of Kankakee Illinois and Deshontay Lewis of Bourbonnais, Illinois. They are each charged with armed robbery and resisting law enforcement.