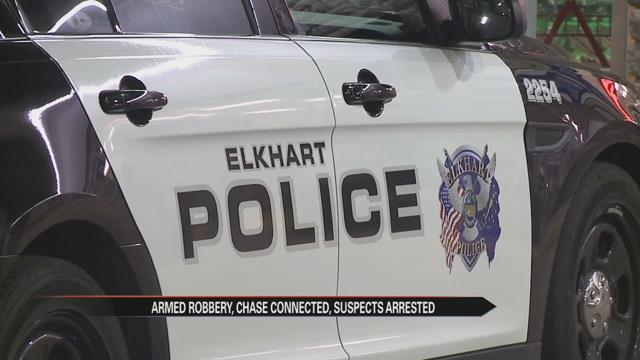 Two men were arrested for allegedly robbing a gas station at gunpoint.

Jonathan Jackson, 19, of Elkhart, and an unidentified juvenile male have been charged with robbery while armed with a firearm.

It happened on the 1800th block of Bristol street at Marathon gas. The call came in just before 1 a.m. Tuesday morning.

Police say the cashier reported two males coming into the store, one with a gun.

The cashier says they took money and merchandise, then fled from the scene.

The vehicle crashed near North Main Street and Emerald.

The two subjects in the vehicle fled.

Jackson and the juvenile were found near the crash site, police said.

Officers from the Elkhart Police Department conducted interviews with witnesses and examined evidence to determine their findings.

Anyone with additional information is encouraged to call the Elkhart Police Department.