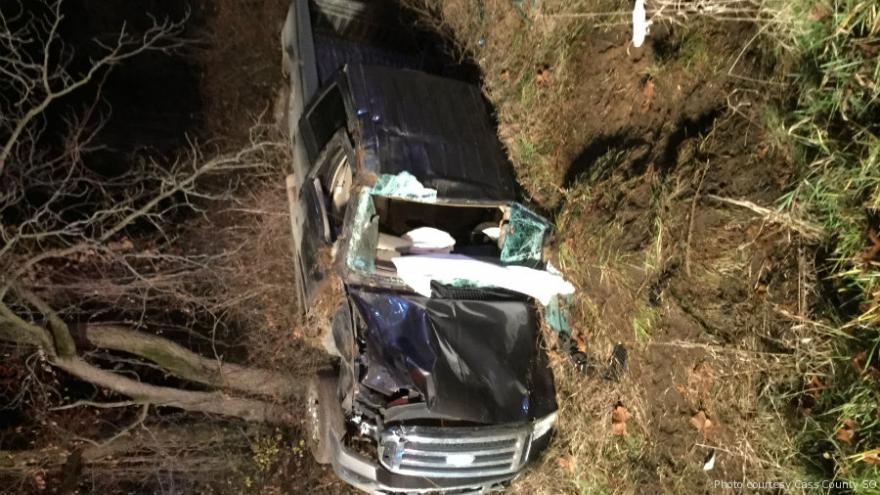 At approximately 10:04 p.m. Nov. 24, deputies with the Cass County Sheriff’s Office responded to a crash on Dutch Settlement Street near Nubour Road.

Adam Molter, 38, of Dowagiac, Michigan was traveling west on Dutch Settlement Street when his vehicle left the roadway, rolling down an embankment on its side, police say.

Molter was transported by Pride Care Ambulance to Borgess Lee Hospital where he was then taken by Med Flight to Memorial Hospital for injuries sustained in the crash.

Police believe alcohol to be a factor in the crash and say both individuals were not wearing seatbelts.