BUNKER HILL, Ind. -- Two inmates have been charged with the deaths of fellow inmates in two separate death investigations at the Miami Correctional Facility.

On May 19, Indiana State Police began an investigation into the death of Miami Correctional Facility inmate 56-year-old Richard Carrell who was found dead in his cell.

The autopsy determined he died as a result of asphyxia by strangulation and his manner of death was homicide, according to ISP.

During the course of the investigation, an arrest warrant was issued for 42-year-old Michael Parrish for one count of murder, reports said. He was Carrell's cellmate, police said.

On June 10, the Indiana State Police began an investigation into the death of Miami Correctional Facility inmate 70-year-old Lannie Morgan.

Morgan was found unresponsive in his cell and attempts at resuscitation were unsuccessful. He died at Dukes Memorial Hospital in Peru.

At autopsy, his cause of death was asphyxia due to smother/occlusion of the nasal/oral cavities and the manner of death was homicide.

During the investigation, police developed probable cause and inmate Phillip Sadler, 53, was arrested on one count of murder, reports said. Sadler and Morgan resided in the same cell house but were not roommates, police said.

Morgan was serving a 30 year sentence for child molesting and incest for a 2011 conviction in Elkhart County. 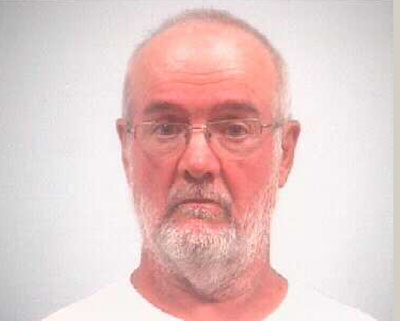