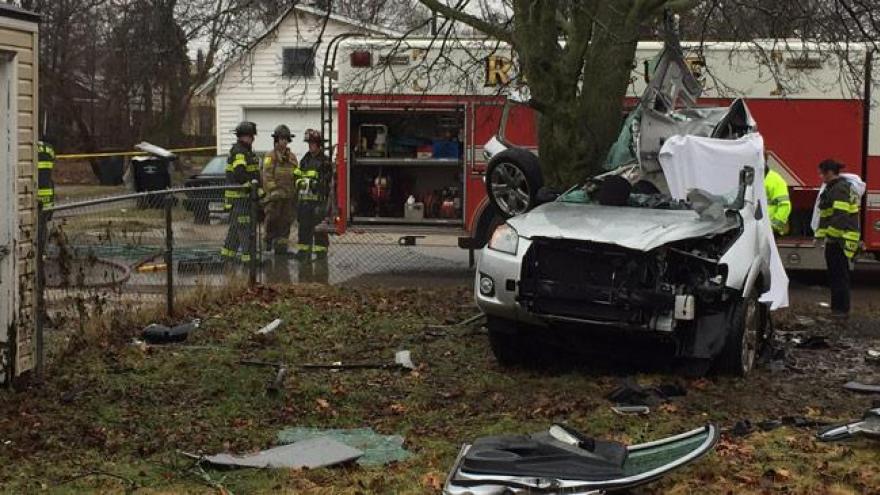 Police said just after 5 a.m. an officer spotted a stolen RAV4 in the 1500 block of Lincolnway West. The officer attempted to stop the vehicle at Adams and Elwood, but the vehicle did not stop.

The officer pursued the RAV4 and the pursuit ended when the RAV4 crashed into a tree on College Street near Humboldt Street just at approximately 5:24 a.m.

That tree is on a woman named Nicey's property.

"By the time I looked outside police were already there," Nicey said.

Police say there were four male juveniles inside the vehicle between the ages of 15 and 17.

The Fatal Crash Team (FACT) was activated and the investigation is ongoing.

The autopsies on the two teens who died will be conducted in Kalamazoo on Wednesday.

Tire tracks and shards of glass remain where the crash happened.

A new stoplight was also installed after the crash ripped an old one out of the ground.