Two killed in crash on M40 on Sunday identified 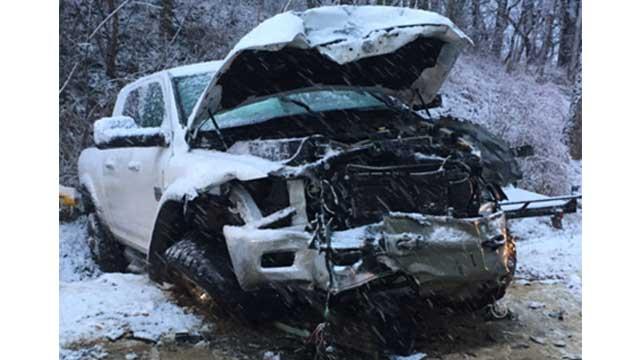 A driver and his passenger were killed in a crash on M40 in Porter Township Sunday afternoon.

The Van Buren County Sheriff's Department says the driver of a Buick Lesabre was headed northbound on M40 when he lost control of the vehicle.

The Buick fishtailed and went into the southbound lanes of M40.

The driver of a Dodge Ram was unable to avoid a collision with the Buick and struck it on the driver's side.

Deputies said the roadway was snowy and wet at the time of the collision.

Alcohol was not a factor in the crash, deputies said.

The 22-year-old driver of the Buick, Jaylen Weller, died at the scene. His 20-year-old female passenger, Kylie Benkert, also died. Both were from Dowagiac.

Deputies said the driver of the Dodge was not injured.