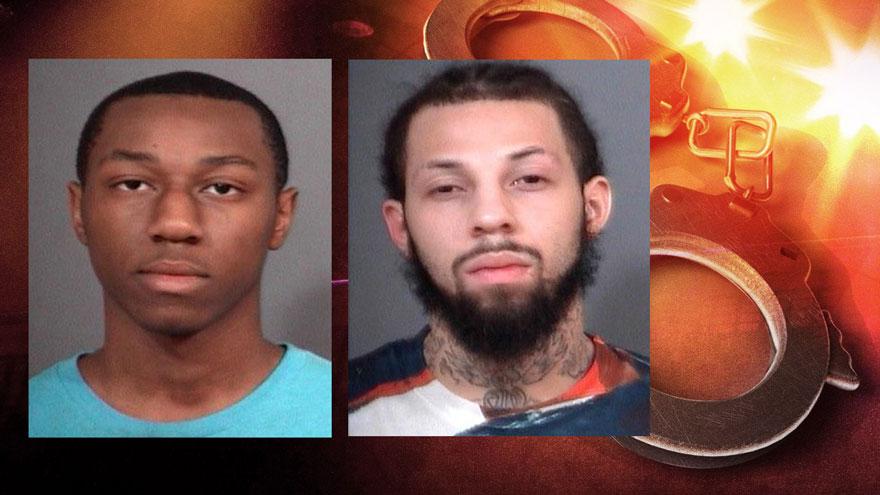 SOUTH BEND, Ind. -- Two men were arrested in connection with a robbery at the South Bend Chocolate Café on Thursday night in downtown South Bend.

South Bend Police were dispatched to the café around 10:20 p.m. to investigate a robbery.

An employee told police a man wearing a ski mask approached her as the store was closing.

The man took cash, then asked for the safe, reports said.

The suspect then fled the area.

During the investigation, 24-year-old Joseph Mourning was developed as the suspect who committed the robbery.

When Mourning was arrested at a Mishawaka hotel, detectives found a mask and cash in his vehicle.

After speaking with investigators, 18-year-old Isaiah Pruitt was also arrested.

Mourning was charged with armed robbery and robbery.

Pruitt was charged with conspiracy to commit armed robbery and aiding, inducing or causing robbery.