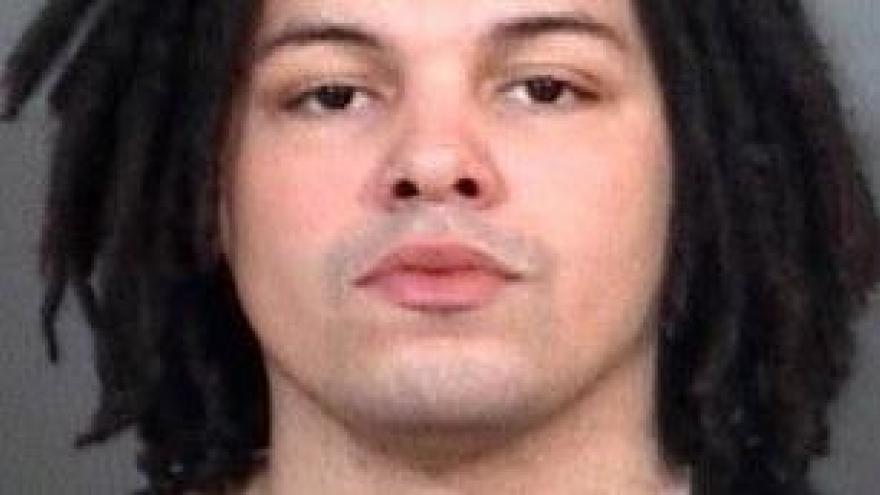 Two men have been arrested for allegedly firing 28 shots at a house on Johnson Street at the end of March.

Just before midnight on March 27, South Bend Police were called to N. Johnson Street after receiving a ShotSpotter alert that 13 shots had been fired.

When the officer arrived to the scene, the officer found thirteen 9 mm casings on N. Johnson Street not far from the victim's house.

Around 12:30 a.m. officers were called to the 800 block of N. Johnson after ShotSpotter alerted for 15 shots fired, not far from the victim's house.

Witnesses told police the suspect vehicle was a blue or green Honda.

An officer located the Honda and conducted a traffic stop. Ryan Manning was driving the vehicle and Yves Harris was the passenger, police said.

Police saw in plain view the handle of a handgun sticking out from the driver's seat, according to the probable cause affidavit.

Police searched the vehicle and found a 9 mm Glock under the driver's seat and a .40 caliber Ruger under the passenger's seat, reports said.

Police spoke with the victim and learned her house had been hit 11 times by bullets. One of the bullets struck the natural gas line.

In early April, a ballistics analyst analyzed the shell casings recovered from the scene and determined the thirteen 9 mm casings found after the first shooting were fired by the Glock found under Manning's seat in the vehicle, according to the probable cause affidavit.

He also determined the fifteen .40-caliber casings found at the second shooting scene were fired by the .40-caliber Ruger found under Harris' seat, according to the probable cause affidavit.

Two of the three projectiles recovered from inside the victim's house were fired by the .40-caliber Ruger. The expert said the third projectile could have been fired from the Ruger, according to the probable cause affidavit.

Manning and Harris are each facing two counts of criminal recklessness and one count of carrying a handgun without a license.

Both were arrested on Tuesday, April 11.

Harris is being held on $75,000 bond and Manning was released on bond.