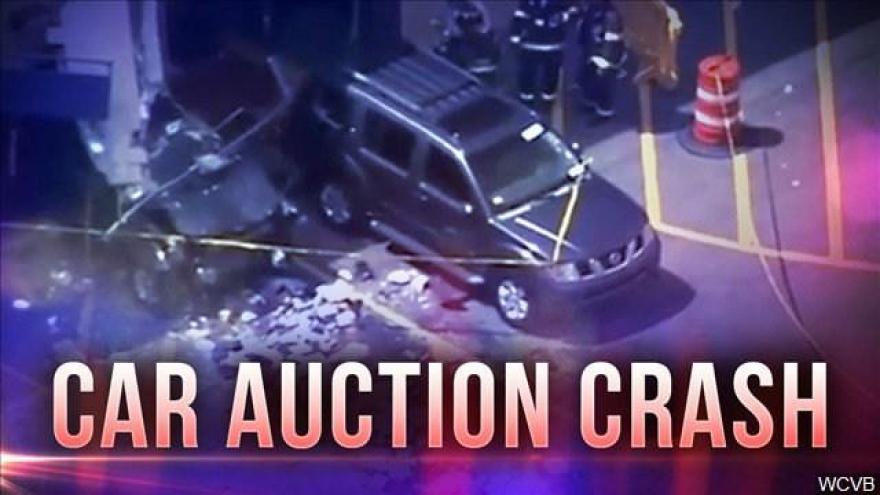 (CNN) -- Two more people died this week from injuries sustained when an SUV sped into a crowd of people at an auto auction Wednesday in Billerica, Massachusetts, north of Boston.

The deaths were confirmed by Middlesex District Attorney Marian Ryan. A total of five people died and at least five others were injured. Those killed ranged in age from 36 to 55.

A family member of one of those killed was not injured but was taken to a local hospital due to stress, she said.

Ryan said preliminary information suggests it was an accident. She said the driver was a Lynnway Auto Auction employee in his 70s. He was not hospitalized.

"At this point, there is no evidence or information to suggest the incident was caused by an intentional or terrorist act. All evidence and information at this time suggests an accidental cause," the Massachusetts State Police tweeted.

In a statement released Saturday, Ryan said an investigation into the deaths was ongoing.

Several hundred employees and customers had gathered for the weekly auction that generally draws a crowd, Ryan said. On its Facebook page, Lynnway Auto Auctions said it consigns more than 2,000 cars for sale at 8:40 a.m. every Wednesday.

"The inside of the building has travel lanes alternating with safe lanes, where people are able to stand and look at the cars as they come by" while preparing to make their bids, Ryan said.

Shortly after 10:00 a.m., the 2006 Jeep Grand Cherokee driven by the auction employee entered the building where the auction was held.

"It suddenly accelerated, traveled through the inside of the building at a very high rate of speed, striking numerous people and ultimately was brought to a halt by crashing into a cinderblock wall at the far end," Ryan said.

Kathleen Stewart was working at a nearby food cart when the vehicle crashed through the wall. "Everyone ran without thinking. It took out a wall," Stewart said.

"I heard the car when he went through the wall. It was so loud. I was standing about 30 to 50 yards away. I saw two people that were dead -- one person was getting resuscitation and it didn't work, and they put a sheet on her body. A lot of people were injured."

"It was a big bang, like an explosion," one witness, Jerome Jjroga, told CNN affiliate WFXT-TV in Boston. "It was big enough for everyone to hear and go look what happened. There was smoke and when I went over I saw people on the ground, one of the guys was run over, his leg was bent a funny way."

Ryan said local authorities are usually at the auction because of the number of people it attracts.

"We are fortunate that we had a firefighter on detail there," Billerica Fire Chief Thomas Conway said. "He was able to radio in a quick update and request resources, so we were able to start resources we wouldn't normally know about needing right away. He was walking around calling for more resources."