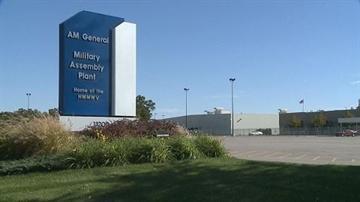 MISHAWAKA, Ind. -- AM General has extended the shutdown of the Humvee plant. A spokesman for AM General stated the extension was a result of a timing issue related to getting approvals from customers and the U.S. Government.

The plant was shut down on October 1, 2012 and was scheduled to be offline for two weeks while the company finalized a number of large international “opportunities.”

According to Jeff Adams, the executive director for communications and marketing for AM General, the company has not had enough time to finalize the deals and is still waiting for approvals.

In September, the need for approval was cited as a reason for the original two week shut down.

AM General’s engineering division in Lavonia, Michigan, as well as its spare parts and logistics divisions, and headquarters in South Bend, Indiana, will not be affected by the extension, according to Adams.

The extension will only affect some of the workers at the Military Assembly Plant on McKinley Highway in Mishawaka; and even then, some work will continue to be done at the plant for the other divisions.

According to Adams, Humvees are being used in more than 50 countries all over the world, and there are a number of large international orders on the horizon that will extend the production of the military vehicle “well into the foreseeable future.”

When asked about the workers who will be affected by the extension, Adams said they will continue to receive benefits per company policy.

Some of the workers at the plant are not happy about the extension.

Representatives from UAW Local 5, the union that represents the workers at the plant, had no comment on the shutdown extension.

They are currently in the midst of collective bargaining negotiations, and there has been no word on how those negotiations are progressing.

According to Bruce Schweizer, bargaining chairman for Local 5, there has been no talk of, and are no plans for, a work stoppage at this time related to the shutdown extension.