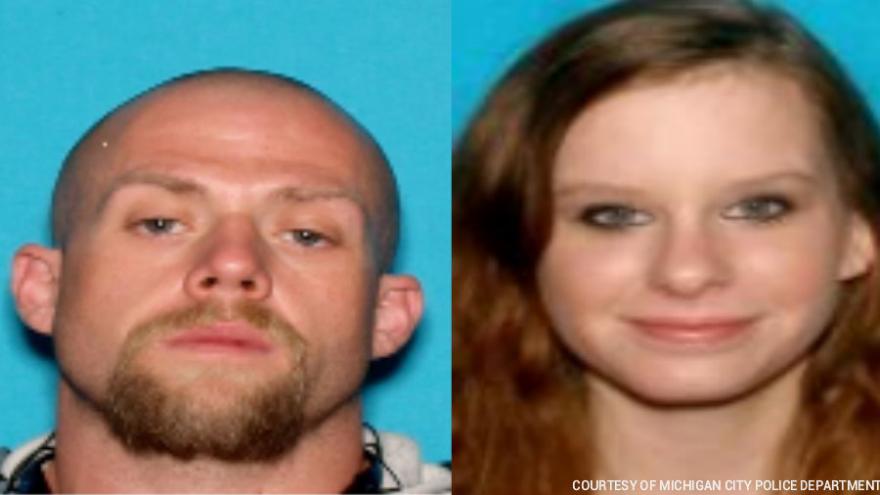 MICHIGAN CITY, Ind. – Two people were arrested in connection with a robbery at a Taco Bell.

On Tuesday Nov. 13th, witnesses said an unknown white male came into the restaurant and told employees to open the register and give him money.

The suspect allegedly held a gun to an employee’s head while demanding the money, according to Michigan City Police.

The man then took an undisclosed amount from the register and ran out of the Taco Bell.

Other witnesses said they saw the man then get into a car driven by an unknown white female.

The two were able to get away before police arrived.

On Thursday, the Michigan City Police Department and the LaPorte County Sheriff’s Department were able to issue arrest warrants for the suspects.

Both Joseph Barnes, 34, and Melinda Hunt, 29, were issued arrest warrants in connection with the robbery.