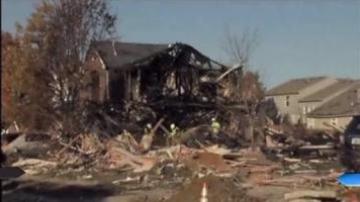 INDIANAPOLIS – Police have released new details in a deadly house explosion that rocked a Indianapolis neighborhood.

Police have served a search warrant at a trailer in connection to the blast. At least two people have been questioned about the deadly explosion.

A white van may lead investigators to the people responsible. They're trying to determine if it's the same van seen just hours before the blast.

"I am hoping to be patient, allow us to do the investigation and at some time hold someone responsible for this,” said Troy Riggs, Indianapolis Public Safety Director.

Investigators plan to continue talking to witnesses as they attempt to figure out exactly what happened.