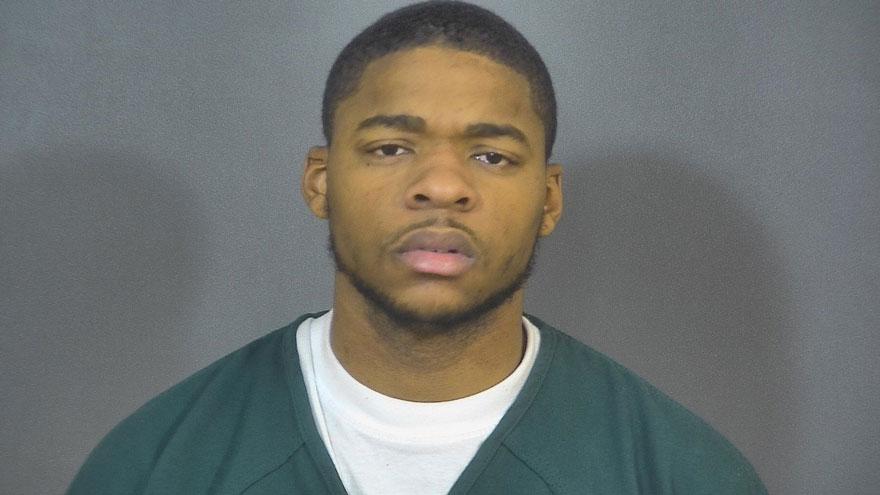 Two officers with the warrants division were at Castle Point Apartments on Cleveland Road outside the apartment of a family member of 22-year-old Devin Myers.

Myers was wanted on outstanding warrants for possession of a firearm by a violent felon, embezzlement, felony domestic battery in the presence of a child, conversion, and theft.

As Myers left the apartment, he spotted the officers and ran from the scene, reports said.

The first officer began chasing Myers as a second officer drove around a pair of buildings and left his car to pursue the suspect on foot, reports said.

When the second officer caught up with Myers, he attempted to use his taser to stop Myers, but was unsuccessful. The second officer got Myers to the ground and the two began struggling, reports said.

During the pursuit and struggle, both officers lost their radios, so they were unable to call for assistance.

While the officers struggled with Myers, bystanders recorded the struggle and told officers to leave Myers alone, reports said.

The officers asked the bystanders to call 9-1-1 for help and one used the officer's radio to call for help.

The officers eventually gained control of Myers and as he stood, a handgun fell from his pants, reports said.

Additional officers and ambulances arrived right after Myers was detained.

St. Joseph County Police say both officers were injured in the incident.

The first officer was taken to occupational health for a shoulder injury.

The second officer was taken to Memorial Hospital for treatment of a head injury and dizziness.

Myers was taken to Memorial Emergency Room for medical evaluation.

After being released from the hospital, Myers was taken to ATF for further investigation regarding the handgun, police said.

The handgun was reported stolen out of a car in South Bend last month, police said.