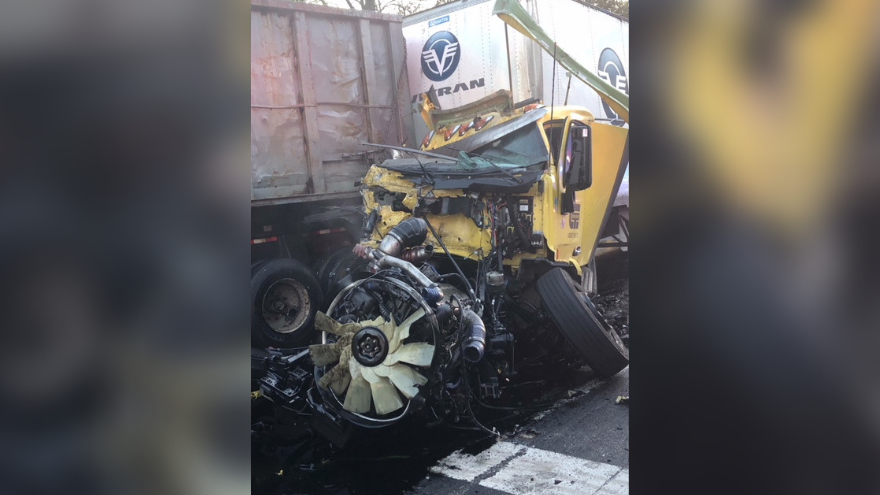 LA PORTE COUNTY, Ind.—Two semi-trucks were involved in a crash on Tuesday morning on U.S. 20.

The eastbound lanes of U.S. 20 near Fail Road in La Porte County reopened to traffic just after 9 a.m.

Deputies with the La Porte County Sheriff's Office responded to the intersection of U.S. 20 and Fail Road around 5:20 a.m. for a crash involving two commercial vehicles and two passenger vehicles.

The investigation showed that three vehicles were stopped in the westbound lanes of U.S. 20 waiting for the traffic light to change when a fourth vehicle, a 2019 yellow Peterbilt tractor driven by Melvin Smith, 22, of Oak Park, Illinois, traveling west on U.S. 20, was unable to stop in time to avoid a collision.

The passenger side of Smith's tractor struck the trailer being pulled by the other commercial vehicle, police said.

The two passenger vehicles sustained damage from the initial impact of the two commercial vehicles.

Smith was transported to a local hospital for treatment.