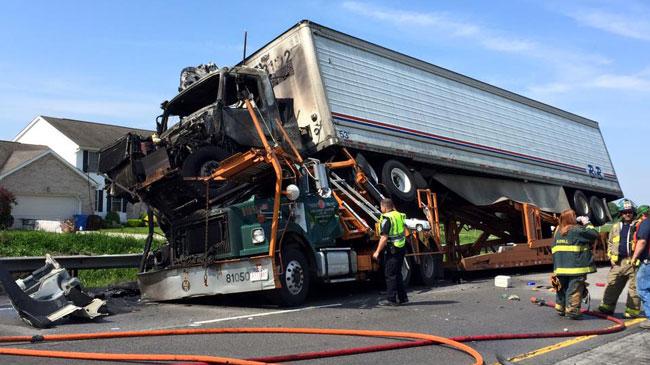 Indiana State Police said the two semis collided in the eastbound lanes of US 30 at Lincolnway. The road is still closed because of the accident.

The westbound lanes are restricted to one lane.

According to WANE, the semi pulling the car hauler was stopped at the stoplight. The second semi failed to stop and drove onto the car trailer and landed on top of the cab of the stopped semi.

One person was taken to the hospital.