Here we are not even to Halloween yet, and we're talkin' about two snowy storm systems set to impact parts of the Midwest and Great Lakes. 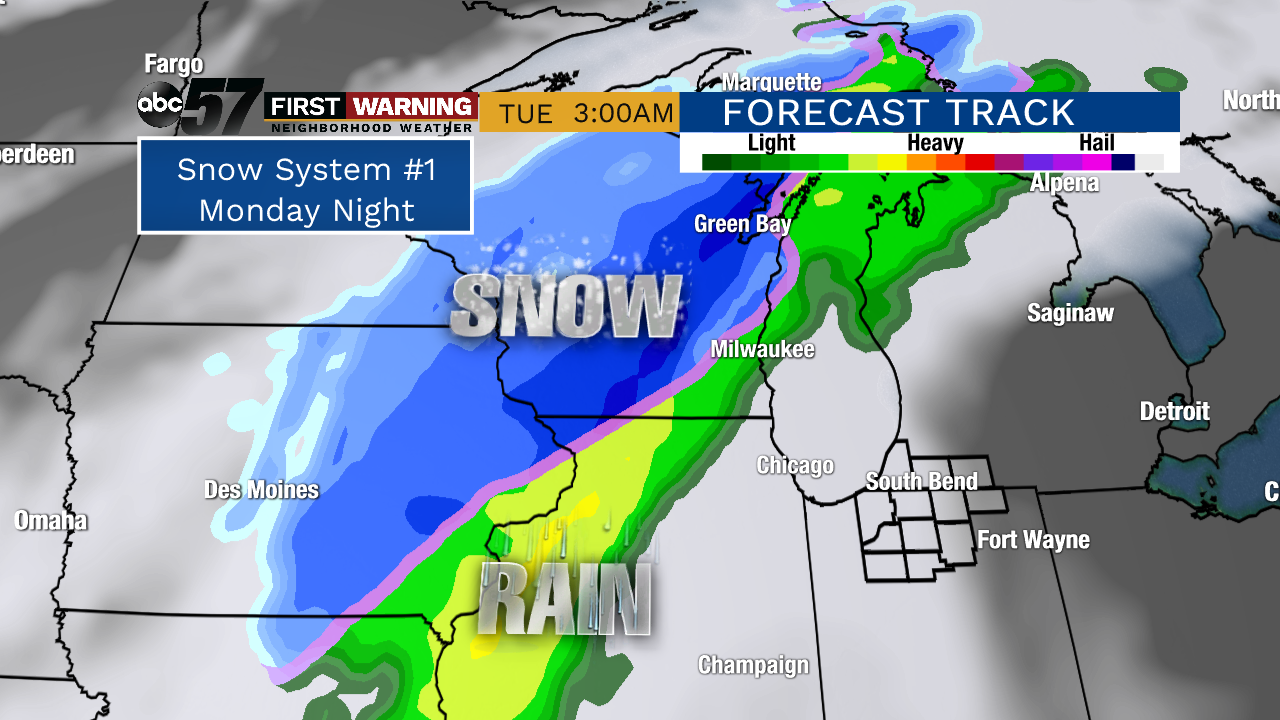 Light snow event likely Monday night across parts of mainly Iowa and Wisconsin.
The first one will affect parts of Iowa, Wisconsin and the U.P. of Michigan Monday evening and night. Parts of northern Illinois could even see some snow. This will also be the weaker of the two systems for the upcoming week with an overall lack of available moisture. 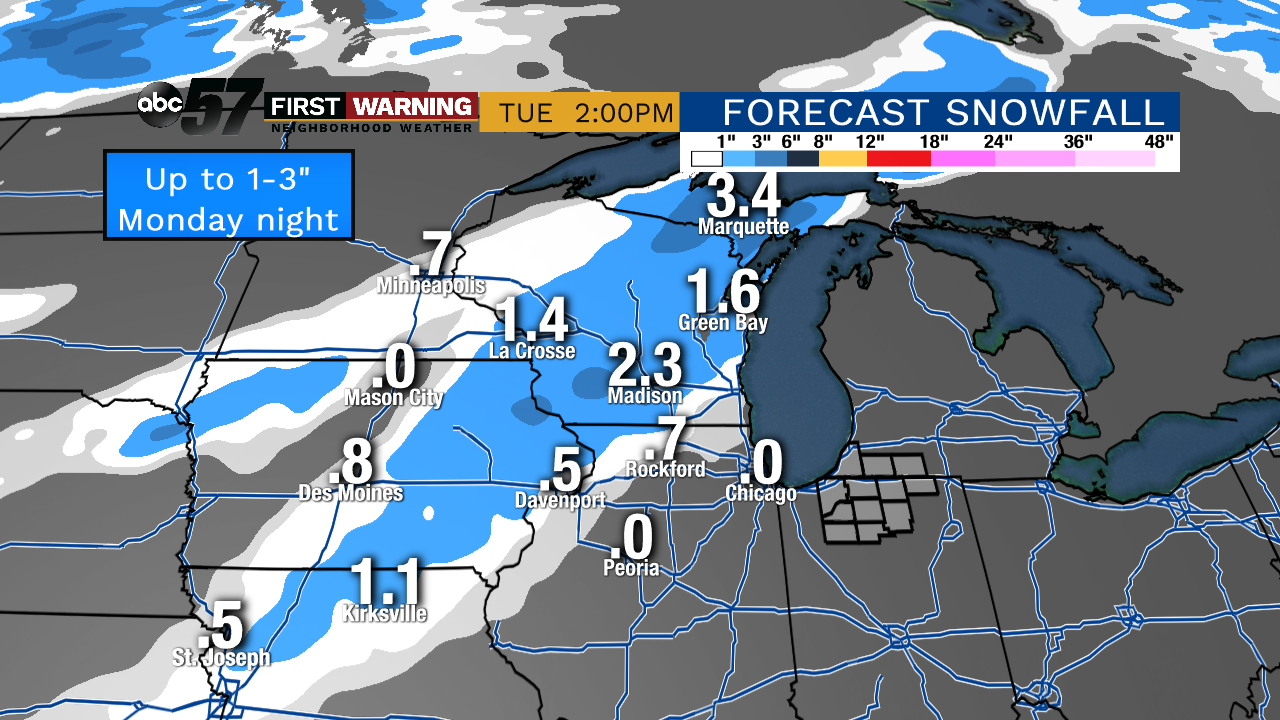 And that puts a sticking snow less than 175 miles from South Bend. It's getting closer and closer, folks! 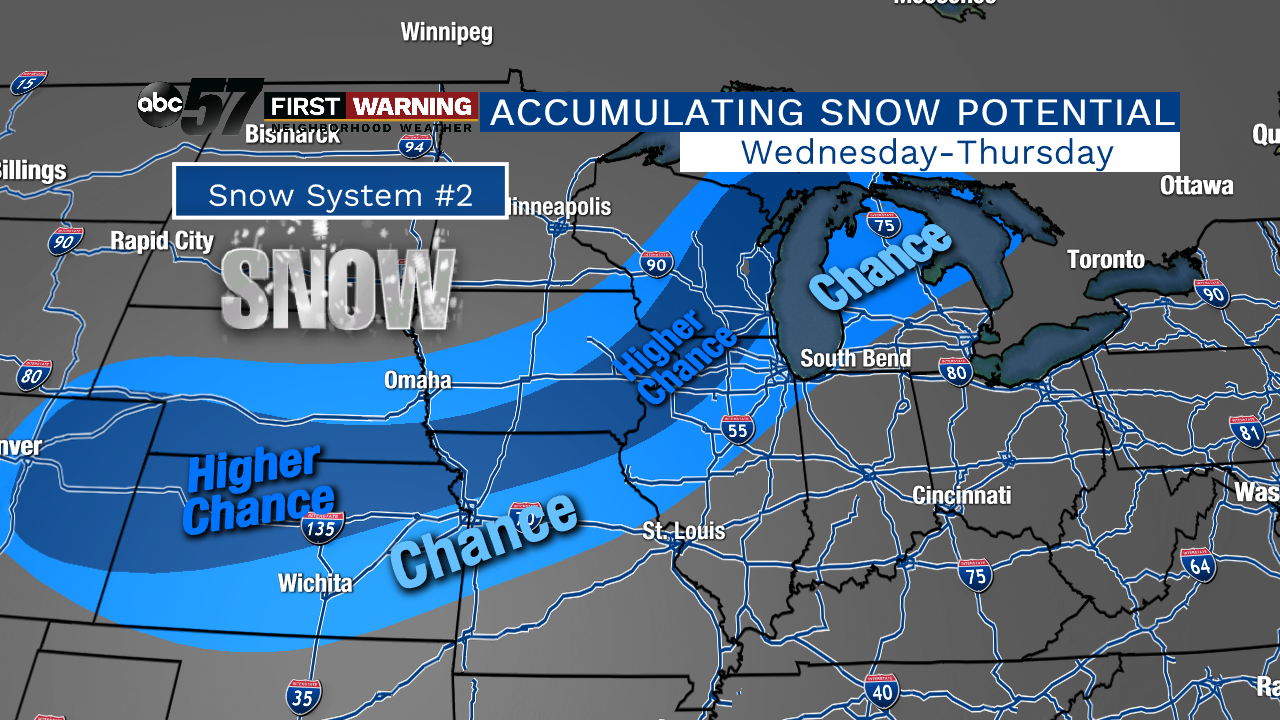 Possibly a more substantial snowfall Wednesday and Thursday from Colorado to the Upper Peninsula of Michigan.
The week's second snow-maker will impact more real estate, and drop heavier amounts of the white stuff come Wednesday and Thursday. While the exact details aren't set in stone at this juncture, the potential for accumulating snow is growing.

As of Sunday evening, the areas with the best chance of seeing a couple to several inches (possibly even more than that) of snow stretch from Denver to north of Kansas City to Madison and Green Bay. 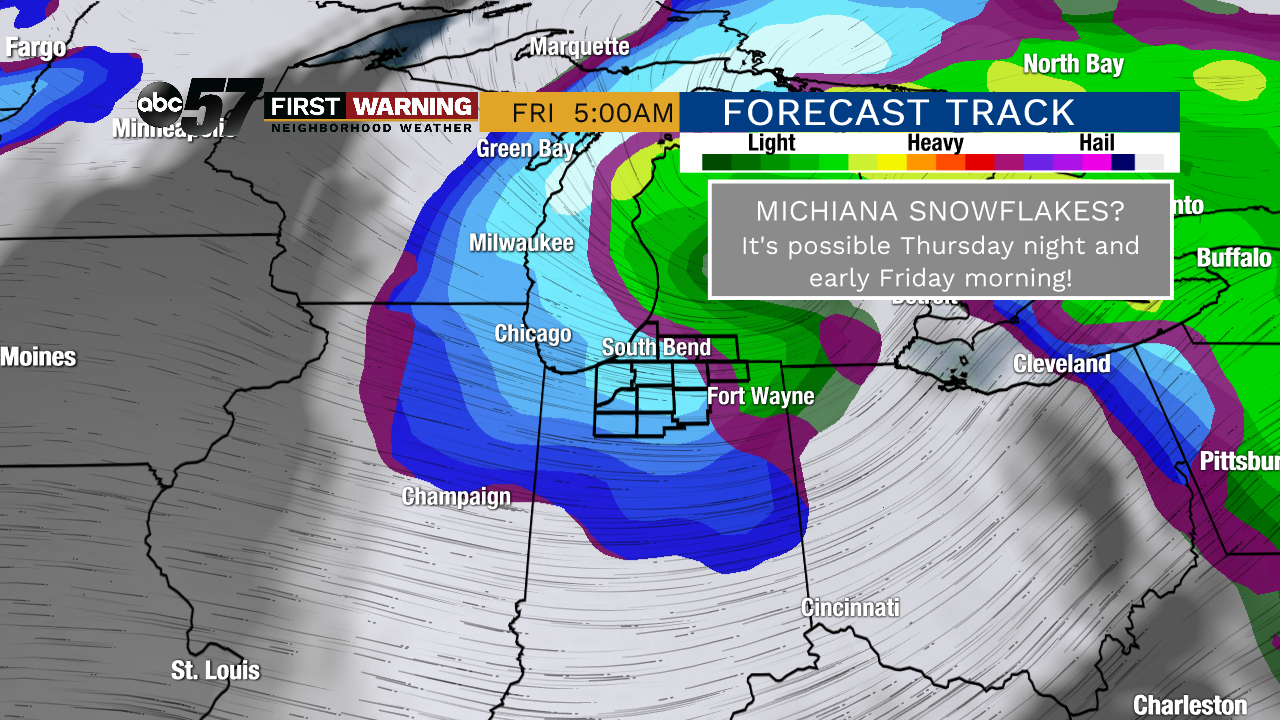 Potential radar early Friday morning shows a strong area of low pressure sending cold air into Michiana, and possibly some snow before it moves out by sunrise Friday.
The exact track and intensity of this system will ultimately dictate who sees the heaviest snow, and those details will be better understood by Tuesday morning.

But it is with pretty good confidence that we can say we here in Michiana will not be a part of the snowy side of the system until perhaps Thursday night and early Friday morning.

That's when enough cold air could wrap around into the region to support snowflakes falling, or at least mixing with rain. Accumulating snow is not expected, but if you're up before sunrise Friday, you could see some snow falling!