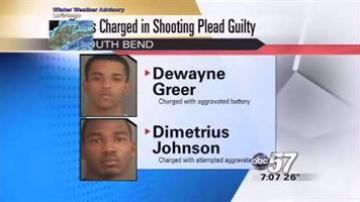 Greer pleaded guilty to battery and handgun possession charges on Friday. His sentencing was set for early March.

Johnson pleaded guilty to a battery charge in connection with the shooting late last month. He is set to be sentenced at the end of February.