Two-vehicle crash turns deadly on I-94 near New Buffalo 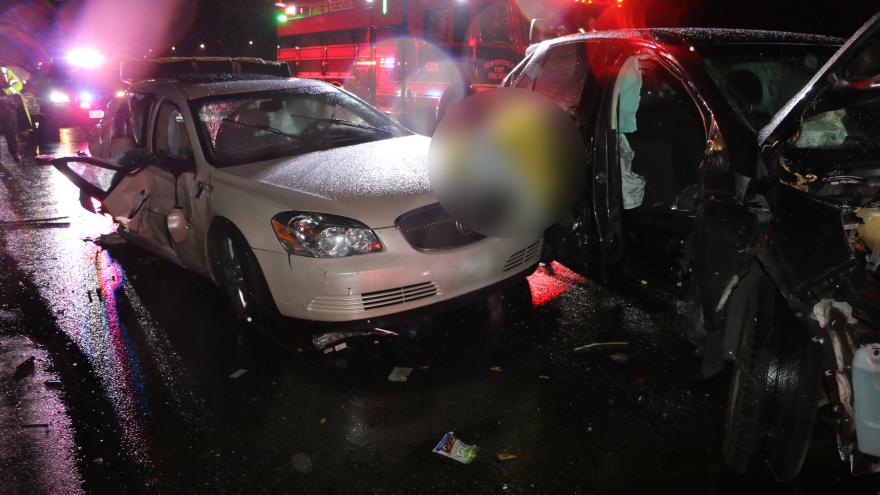 BERRIEN COUNTY, Mich. – A two-vehicle crash killed one person, critically injured another person and injured several others on I-94, near New Buffalo on Thursday around 7:15 p.m., according to the Berrien County Sheriff’s Office.

When deputies and crews arrived, they found a woman unresponsive, lying in the roadway and a man pinned to the ground underneath his vehicle.

According to preliminary crash results, police determined that a Ford Escape with three passengers was traveling east on I-94 when the driver lost control of the vehicle on the roadway, ran off the road and hit a guardrail. The car came to a stop on the shoulder of the interstate.

A rear-seat passenger was outside the car tending to a front seat passenger, when a second driver lost control of their car because of road conditions.

The driver of the Escape was thrown from the car and became trapped underneath it due to the crash.

The driver and front-seat passenger of the Escape were taken to South Bend Memorial for serious, but non-life-threatening injuries.

The driver of the Buick was taken to Lakeland Spectrum Hospital for critical injuries and was airlifted to a hospital in Grand Rapids. The front seat passenger of the Buick was taken to Franciscan Hospital in Michigan City for their injuries and was transferred to the University of Chicago. The back-seat passenger of the car was treated and released from a nearby hospital.

The deceased person was taken to WMED of Kalamazoo for an autopsy to determine the cause of death.

At this time the identity of the deceased and those injured have not been released by deputies, so the family can be notified.

Deputies believe that the cold, slick rain and icy road conditions contributed to the crash.