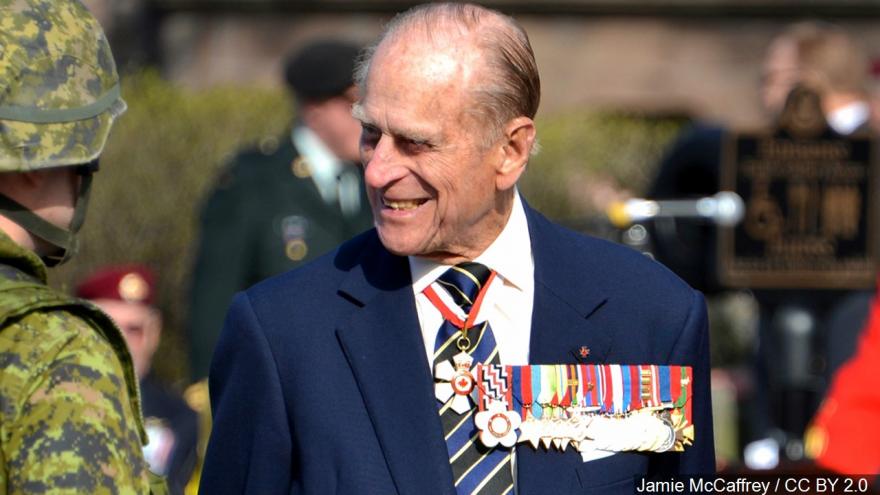 (CNN) -- Prince Philip, the 99-year-old husband of Queen Elizabeth, has been taken to a London hospital after feeling unwell, according to a Buckingham Palace press release.

"His Royal Highness The Duke of Edinburgh was admitted to the King Edward VII Hospital in London, on Tuesday evening," the Wednesday release stated.

A Royal source told CNN that the Duke traveled to the hospital by car and it was not an emergency admission. The source added that he walked into the hospital unaided and his illness is not Covid-19 related.

The Queen remains at Windsor Castle, to the west of London, the source said.

The Buckingham Palace press release added: "The Duke's admission is a precautionary measure, on the advice of His Royal Highness's Doctor, after feeling unwell.

"The Duke is expected to remain in hospital for a few days of observation and rest," it added.

Prince Philip stepped back from public life in 2017. Due to his advancing age, the Duke has been taken to hospital several times in recent years. In December 2019 he was admitted to the hospital for treatment of a pre-existing condition.

The Queen and Prince Philip have spent most of the past year at Windsor Castle, having moved away from Buckingham Palace during the first wave of the Covid-19 pandemic in spring 2020.

The couple both received the first dose of a Covid-19 vaccine in January 2021.