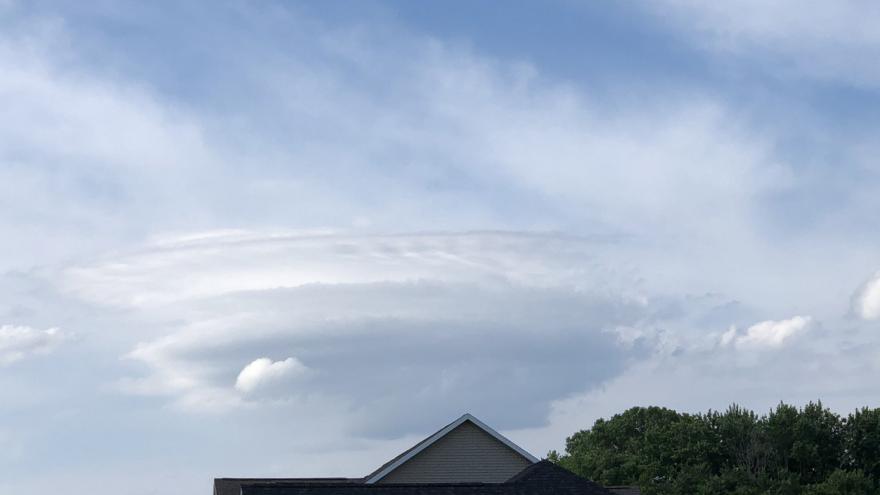 A very rare cloud type was not only spotted, but photographed in Goshen early Wednesday evening. It's called a lenticular cloud, or an Altocumulus Standing Lenticular (ACSL). It is easily discernible because it looks like a flying saucer, or UFO. 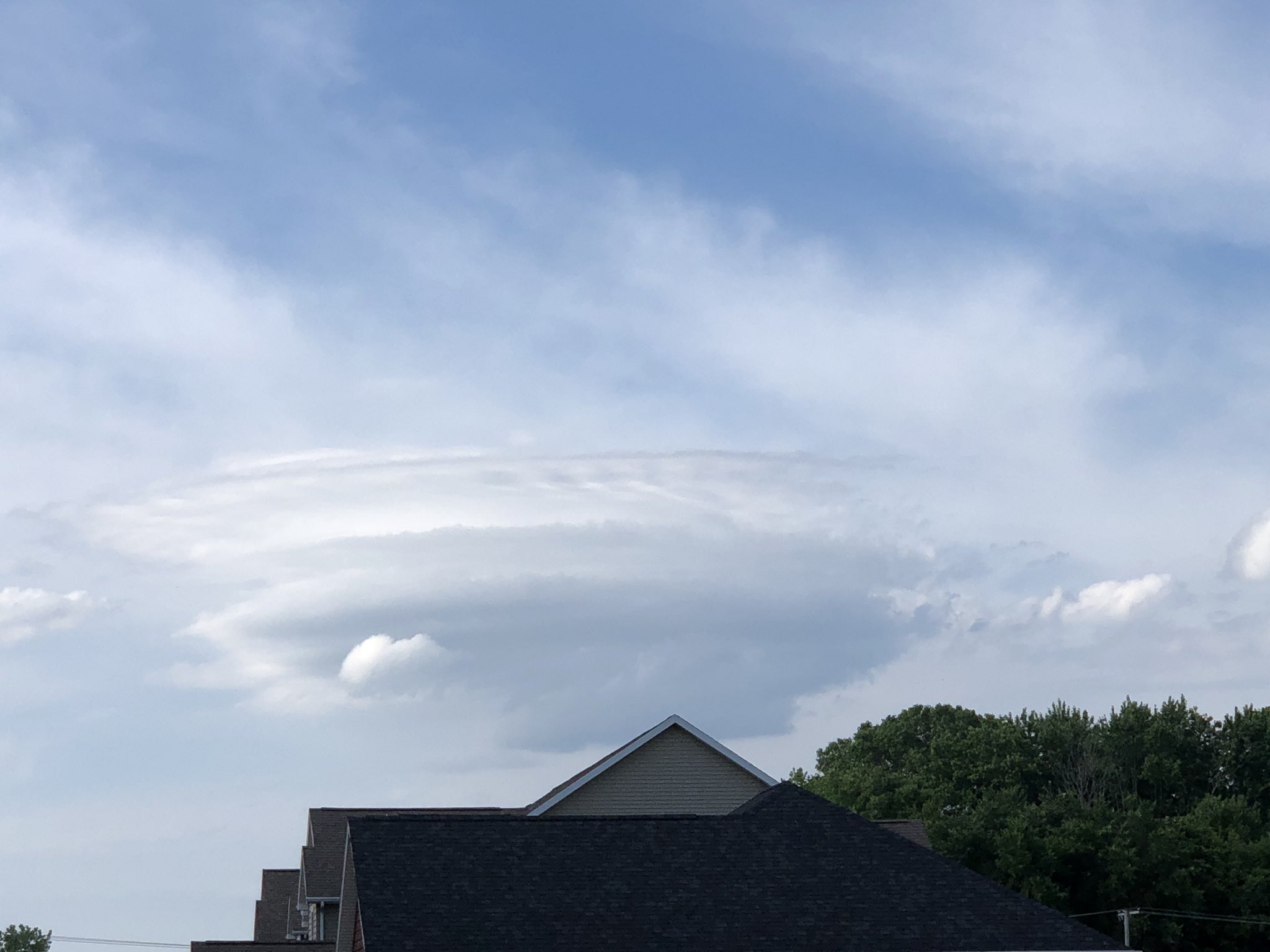 Lenticular cloud spotted in Goshen on June 26th, 2019. PJ Wolf
According to the National Weather Service, "These clouds form when stable air is pushed up by some sort of barrier, whether that’s a mountain or a building or an art installation. The air might cool as it goes up and then begin to sink because colder air is heavier than warm, creating a wave. The moisture in the air packs together into the distinct vertical stack of lenticular clouds."

When they form, it is typically in mountainous areas, on the lee -- or sheltered side -- of the mountain or hill. However, if conditions are just right, they can form anywhere! Regardless of where they form, they remain relatively stationary, making them even cooler. 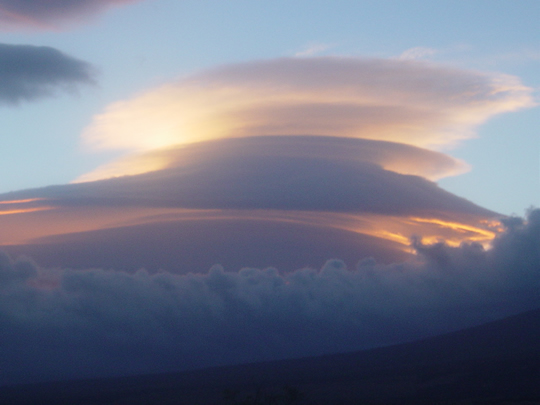 Lenticular cloud seen on the Big Island of Hawaii is 2003. Chris Shilakes/NWS
To get them to form away from mountains and hills, fluctuating wind speeds are needed. This is also called wind shear, and is usually created by the action of fronts. In the case of Wednesday's Elkhart County lenticular cloud, there was a stationary front meandering across Northern Indiana, which may have led to the formation of the ultra rare cloud!
Share this article: