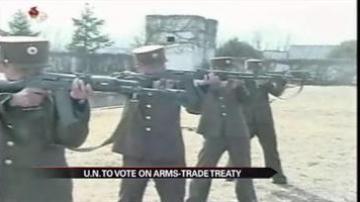 It would be the first U.N. treaty regulating trade after Iran, North Korea and Syria blocked its adoption by consensus.

According to the AP, the treaty approval is virtually certain.

That is unless there are attempts to amend it before the vote.