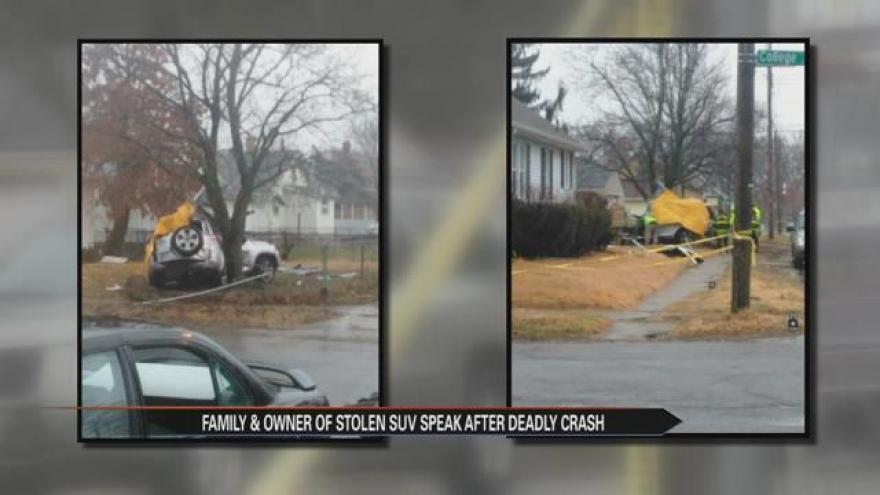 The uncle of the two teenagers killed in Tuesday’s fatal crash—as well as the man whose SUV they stole—share what happened leading up to that final moment.

“You don’t know what to do without them right now,” said their uncle, Joshua Allen.

He didn’t realize he was saying goodbye for the last time Monday night.

They headed down the street around 9:30 p.m.

At some point, they met up with friends Christian Harris and William Murray and decided to steal a car.

That’s where Gerardo Juarez comes in.

“My car, my truck was parked right here at this side of the parking spot. I came out of that door and started my truck, and I leave my iPod, my wallet, and everything in the car, and then I walk back inside the house, brush my teeth, and grab my lunch. It didn’t take me more than five minutes, and when I came back out, my truck was already gone,” said Gerardo Jaurez.

He called police around 3:45 a.m., and as police dash cam video shows, they found the truck around 5 a.m. and began the two and a half minute chase that ended in a fatal crash on Humboldt Street.

“The indication is that this was not four kids joyriding in a car,” said Cotter.

“These ain’t grown men. These babies still, so at the end of the day, they got caught at the wrong time and got scared like any old teenager and got caught in the process,” said the teenagers’ uncle.

Gerardo visited the scene and snapped pictures of his mangled vehicle, but even he wasn’t thinking about his totaled truck.

“I was very concerned about those kids lives, because I don’t think no one deserves to die in that way, you know. It’s very sad,” said Juarez.

Their uncle wants the public to remember his nephews as he will.

“I just hope this accident don’t reflect based on them being bad, because they’re not. I’ve been with them every day… They’ve always been good kids, every last one of them,” said Allen.

The family plans to hold a memorial for the teenagers.

Check back on abc57.com for updates.