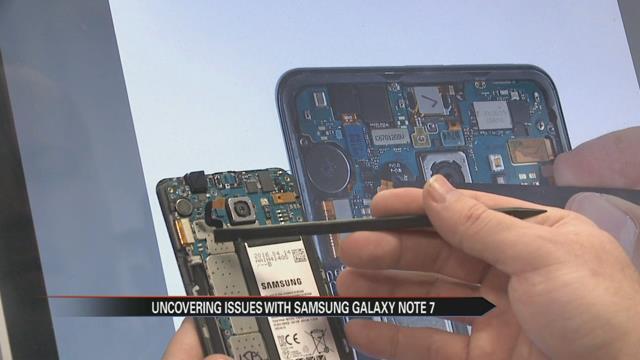 In September, Samsung recalled 2.5 million phones after finding a major problem in a battery in one of its newest devices.

Now Samsung has stopped selling the phones and is urging customers to turn them in.

ABC 57 spoke with a Notre Dame Professor who studies the very batteries those phones have had trouble with.

Doctor Paul McGinn says the probability of a Samsung Galaxy Note 7 exploding is very small but he says it wouldn’t be too fun if you’re the person with the igniting phone.

“They may have one defect every millionth they sell but it’s still a significant event if you happen to be that person that has that battery in your possession,” said Dr. McGinn.

On Tuesday, AT&T sent this statement to ABC 57 News:

All AT&T customers are encouraged to exchange their original and replacement note7 devices for a new Samsung Galaxy smartphone or any other smartphone.

“When you makes these batteries you end up having to compress these two electrodes together and they’re separated by something that’s about half the thickness of a human hair and so if those two sides come into contact somehow, there’s going to be a lot of discharge and the result is the electrolyte inside the battery can catch on fire,” said Dr. McGinn.

If you’re looking for a refund for your Samsung Galaxy Note 7, click here for more information.