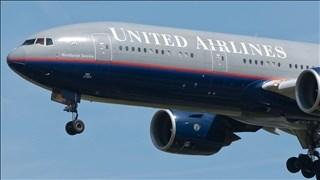 United Airlines Flight 1074 departed from Washington D.C. and had to make an emergency landing Monday when a passenger became unruly and charged toward the cockpit.

The pilot declared an emergency after a man on board became violent and ran towards the front of the plane.

Several quick-thinking passengers were able to tackle and subdue the man before he reached the cockpit door.

The Boeing 737 with 33 passengers and six crew members onboard had just taken off from Dulles Airport outside Washington, headed for Denver.

“He said there were jihadist in the cargo hold, and he did say jihad a couple times,” says passenger Donna Tellam.

The incident prompted the pilots to turn the plane around and land at Dulles.

When the plane landed, law enforcement meth the plane at the gate, removed the passenger, and took him into custody.

Airport officials told ABC News the man was taken to a local hospital for evaluation.

Passengers say he was acting suspiciously before he boarded, and once on the plane, he was seen taking pictures of the cockpit and moving his baggage to different overhead bins.

“It seemed like he was hallucinating or something,” says Tellam.

The plane took off overnight without passengers.

The stranded passengers were rebooked on flights Tuesday morning.