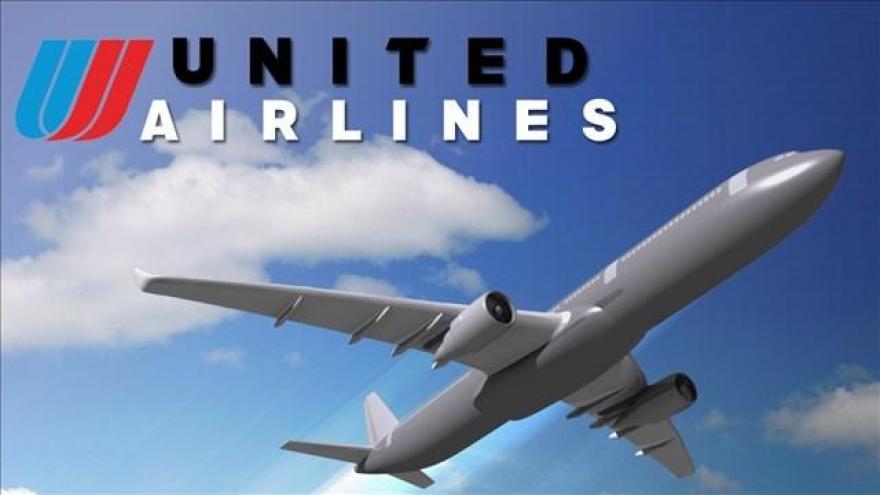 By Jill Disis and Jon Ostrower

NEW YORK (CNNMoney) -- An obscure dress code requirement that is part of a United Airlines employee perk caused a stir on Twitter on Sunday.

The dust-up over United's rules came after Shannon Watts, the founder of the anti-gun violence group Moms Demand Action, tweeted about seeing a United gate agent refuse to allow "girls in leggings" board a flight from Denver to Minneapolis "because spandex is not allowed."

"I guess @united not letting women wear athletic wear?" Watts tweeted to her more than 32,000 followers.

United's initial response -- that it "shall have the right to refuse passengers who are not properly clothed" -- exacerbated the confusion and anger online.

Many asked whether the airline was saying that it could deny service to paying customers just because they wore yoga pants.

"Leggings are business attire for 10 year olds. Their business is being children," tweeted actress Patricia Arquette.

Hours later, the airline clarified its response. It tweeted that the passengers who were flying "were not in compliance with our dress code policy for company benefit travel."

The longstanding policy requires those who enjoy the perks of airline employment, which include free travel passes for family and guests, to present themselves in a way that represents the airline well.

According to the policy, which was provided to CNNMoney by a United employee, "pass riders" aren't allowed to wear clothing that doesn't look "neat and professional."

That includes form-fitting lycra or spandex tops, pants and dresses, offensive or derogatory words or graphics on clothing, "excessively dirty" clothing that has holes or tears, or anything that is "inappropriately revealing."

"Pass riders should use good judgment and common sense" about items not explicitly on their list, according to the policy.

And it says dress attire for those using the perks "should always meet or exceed the casual standards" of the flying public.