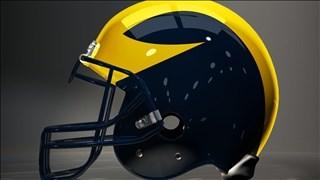 U of M's interim athletic director Jim Hackett broke the news to Hoke in a meeting Tuesday.

In 2011, Hoke accepted the head coach position and compiled a 31-20 record for the Wolverines.

Michigan finished the season 5-7 and missed out on the opportunity to play in a bowl game.

Hoke came under fire earlier in the season after U of M played Minnesota when quarterback Shane Morris was injured and reinserted into the game.