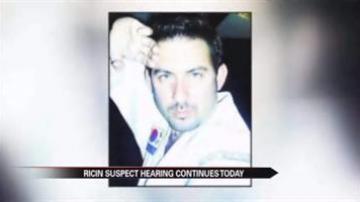 MISSISSIPPI — A Mississippi man arrested for allegedly sending poisonous letters to politicians was released from jail and all the charges have been dropped.

On Tuesday, the FBI told the judge that there was no physical evidence that Curtis sent the ricin.

In court on Monday, an FBI agent testified that there was no ricin found inside the suspect's Mississippi home or vehicle. But said investigators still believe he's guilty.

Officials say the letters contained a phrase at the end that read "I'm K.C. and I approved this message."

The FBI agent says investigators found similar wordings on one of his social media sites.

The man's lawyer say there is just not enough evidence.

"At this point evidence is lacking. It is not there," said Hal Neilson. "Anytime you have information over the internet or over Facebook, you've got millions of people that could access that and that's what they have. There's just no evidence."

The contaminated letters were mailed from Tupelo where they were eventually sorted and postmarked in Memphis.