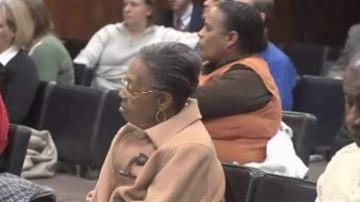 SOUTH BEND, Ind. -- One local business owner is looking to expand, but those who live nearby are not happy about else the new gas station would bring to the neighborhood.

Outraged neighbors showed up at the County City Building  Monday night to tell common council members they don't want it, but some argue it is his business and if he wants to expand he should be able to.

It was the last time the public would have an opportunity to speak before a final vote and there were plenty of people in support and opposition for the project and the expansion to include a gas station.

But there were so many concerns that the common council and even the mayor spoke up asking for more time and not to rush this decision and that is exactly what ended up happening.

The owner, along with his attorney, volunteered to withdraw their petition to move forward with the expansion.

“If we have a set of written commitments in place then that is also part of the neighborhood's understanding of their agreements to what will happen with the development and that certainly makes the development easier to be approved by city council,” said Mike Danch, project developer.

The owner still plans to move forward with the project once he and the community can come to an agreement on some terms, but this process is far from over.

In fact, they will have to start all over before they can come back before the common council which could take months.