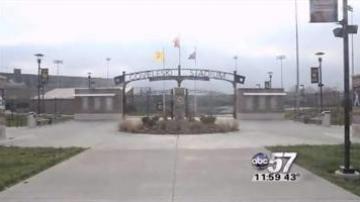 SOUTH BEND, Ind. -- Some "outta the ballpark" upgrades are coming to the Cove!

They include everything from additional seating to a new team store to an inflatable play area for kids, and even a waterpark!

The owner told us it's all about making The Cove a place for families!

"It's not just all the amenities, but watching a little boy or girl get their first foul ball.. to me, you see their faces light up, I got to tell you, they'll never forget it for the rest of their life.  Everyone remembers where they were when they got their first foul ball.  We'd love for it to be at the Cove," said Andrew Berlin, Owner of the South Bend Silver Hawks.

The changes will be done by the first game on April 9.

Hart has worked for minor league baseball for 16 years!

He said he is focused on three things: overall experience, customer service, and cleanliness of the ballpark

He wants to hear from you.

"What they like and what they don't because really this is the communty's team. It is truely the communites team. I want they're feedback I want their ideas, I want their suggestions," said Hart.

He is in the process of moving his family to South Bend and will start work on Jan. 30.