UPDATE: Driver of hit and run turns self in 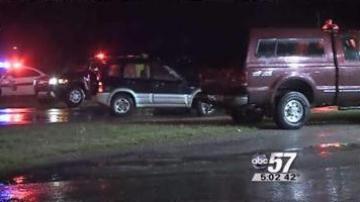 NILES, Mich. – Michigan State Police in Niles said the driver of the hit and run accident turned themselves in at 8:30 Monday morning to police.

Police said they interviewed the driver and are turning the information over to Cass County Prosecutor's Office.

Police said the driver took off from the scene, heading North on M-60 East, after hitting and killing 51-year-old Charles Lintz around 9:30 Sunday night.

Police initially thought the car involved was an Audi, but said it was actually Pontiac Grand Prix.

Lintz was found on the dead on the ground when police got to the scene.