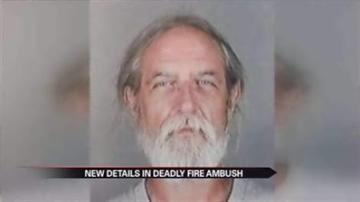 We are learning the suspect's sister is believed to have been found dead in the house.

Also new the 62-year-old shooter left behind a note, here is what part of it said:

"I still have to get ready to see how much of the neighborhood I can burn down and do what I like doing best, killing people."