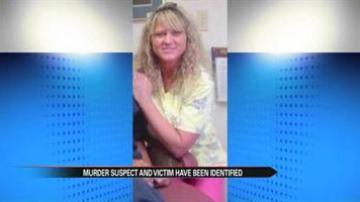 KNOX, Ind.-- The man who allegedly carjacked 3 people and led police on a multi-county chase has been identified as 57-year-old Gary Chavez of Knox.

Police say the pursuit ended on Interstate 65 in Lake County on Friday when Chavez attempted to shoot himself in the head after allegedly running a stolen truck through stop-sticks.

Chavez is listed in critical condition at an Illinois hospital.

When police went to search his home they found the body of a woman.

The Starke County Coroner confirmed that the body found in the rural Knox home is 50-year-old Kimberly Chavez of Portage.

According to officials, Gary was still legally married to Kimberly but they were separated.

The Knox community is shocked that a homicide investigation is going on in their small town.

Charity Becker said, “It was just a total shock. Not here. This isn’t something that happens here.”

On Friday Becker was shopping across the street from Bailey's Discount Center when the first carjacking took place.

“It’s a quiet town, everybody knows each other, and I’ve never heard of that guy.”