UPDATE: Man dead after being shot on South Bend's West Side 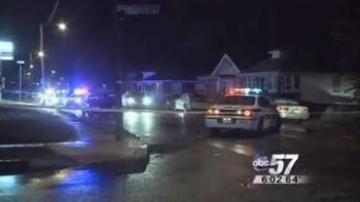 South Bend, IN -  St. Joseph County Metro Homicide is looking for clues and suspects after a young man was gunned down on South Bend's West Side. Police say the shooting happened just after 10 p.m. on Monday.

It happened near the intersection of Frederickson and North Olive Street. Police blocked off several streets as their investigation went into the morning hours on Tuesday.