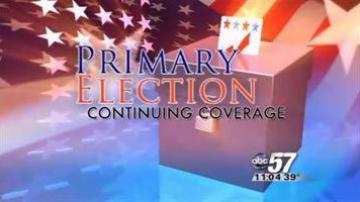 MICHIGAN -- The polls are closed and the votes are tallied.

In Cassopolis, voters decided not to renew a tax increase for the schools there. The money would have gone to pay for construction and repairs in the district. The proposal failed by just 48 votes.

Shoddy roads in Cass County had officials asking for cash, but they didn't get it. Voters overwhelmingly decided not to increase their taxes. That money would have gone to highways, roads, and streets. Some main roads in the county will now revert to gravel.

We'll have continuing coverage throughout the night. We'll show you more decisions Michiana voters made during the primary election.

As far as the presidential race is concerned, CNN and ABC both are projecting Mitt Romney as the winner. We will bring you the final totals as the last votes roll in.